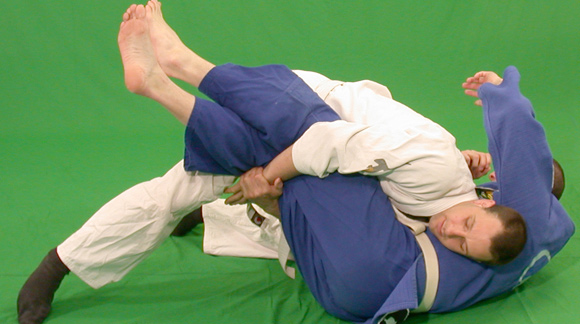 In the submission wrestling Rayleigh classes, Ashley Phillips teaches Submission Wrestling not just BJJ skills.  Ashley has well rounded skills and has been  involved in martial arts for over 25 years.  .

In the 1990’s Brazilian Jiu Jitsu hit the martial art world, quite literally.

The Gracie family took their own version of the Japanese cultural Art and trained hard to accept challenges from anyone.  For many years they were the sole dominating force in the grappling Arts.  Their solid training ethos and intelligent thinking made them a force to be reckoned with.

Later the Gracie family set up the UFC which went on to become a worldwide phenomenon grossing millions of pond a year and now possibly Billions!

The UFC and its potential to earn good money led many wrestlers, Thai boxers and other martial artists to add the BJJ skills to their arsenal.  The Brazilian Jiu Jitsu Rayleigh Essex school is clear evidence that the UKWCKFA has a forward thinking progressive attitude to martial arts.  We love the tradition and history, and we also adapt the evolving scene in modern martial arts.

This is why we coined the slogan “A Tradition of Progress”.

In the first video clip above is a little footage from the National Open BJJ Championships.  The Championships  that were held at SENI a few years ago.

In this competition Sifu Ashley Phillips of the UK Wing Chun Kung Fu Assoc. took part in the white belt category.  Unfortunately Ashley did not hear his name called for the next round and missed out…!

The footage above is of two UK Wing Chun Assoc. teachers training Brazilian Jiu Jitsu in Rayleigh Essex at the National HQ.  This footage was taken in 2010 and both have improved considerably since then.  However, we hope it gives you an idea of how much skill and enjoyment can be had training with us.

With the fantastic stand up Art of Wing Chun the BJJ beautifully compliments the overall skills that students can develop.