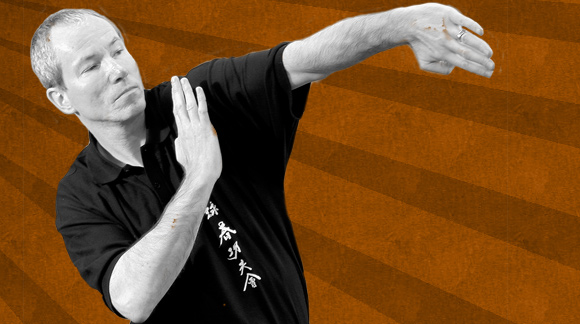 Even at a younger age, high kicks were not his forte!

Sifu Mark Solomons began his training in Wing Chun under Master Wai Po Tang in Barking in the 1980’s.

He later moved out to Chelmsford where he continued his training under James Sinclair.

Mark teaches Children’s class at National HQ Rayleigh on Tuesday and Thursday, developing and encouraging the next generation of Wing Chun exponents.

Mark is also a Health & Fitness Coach and has provide dietary guidance, together with exercise advice, to colleagues and students alike.

Sifu Mark Solomons was awarded the first of the re-instated ‘Instructor of the Year tropy’s. He was voted by the instructors themselves, and with a number of students making their voices heard. Mark won for his teaching skill, his motivation of others, his complete dedication to his students even through serious illness and for his unwavering support of the UKWCKFA generally.

Sifu Mark Solomons was accepted as a lifetime member, and recognised as a Sifu, by the VTAA.