The Wing Chun Grading Structure Rayleigh was developed in 1985 by Master James Sinclair.  It follows on from the tried and tested traditional methods used for hundreds of years in China.

Using the classical Wing Chun skills as a template with modern adaptations has proven to be successful in the betterment of students for over 30 years. 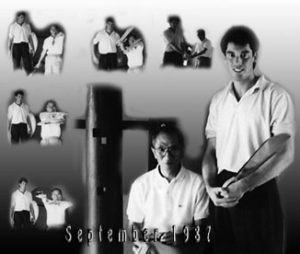 Throughout the majority of the history in Wing Chun Kung Fu there was no grading structure. The reason for this is very simple, there were very few people training in the art!

Lacking an extensive network of students and teachers meant that the practitioners of a few generations would have all known each other.

In such a close group of students and teachers there was no need for belts, gradings and other tests.  Each would know who was more experienced or skilled.

Many people laugh if a person states they are a Black Belt in Wing Chun Kung Fu.

Historically there is no such thing. Only in the last 5-10 years have certain groups, in the West, taken on the grading structure closely associated with the Japanese Arts of Judo and Karate.

The development of a clear syllabus has led to the best outcome for all students.  Students progress well, and the teachers have a logical path to progress.  This brings consistency in the standard of teaching and ability of teachers.

The UKWCKFA remains the leader in building a full instructor development programme.  The instructor programme has produced many of the finest teachers available in the Wing Chun Word today.

Master James Sinclair and his leading students have travelled to Hong Kong and Mainland China since 1989 to further research the Art.  They have met all the leading teachers to exchange skills and knowledge.

Despite the efforts of many great practitioners, there remains an image that ethnically Chinese instructors must, somehow, be superior to teachers from others.  This is totally false and has led to some very dubious teachers, with little experience, setting up classes in the UK with little knowledge and skill. 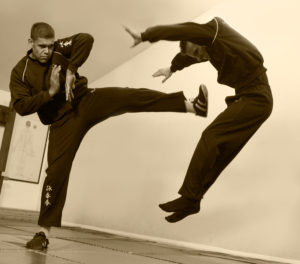 In the West martial arts are often turned to for the short term goals of temporary fitness improvement, and basic self defence.

Martial Arts in the East are seen as far more than this.  In the East the Martials Arts are seen as the opportunity to enjoy a lifetime of activity and self development, something the West is beginning to realise is of extreme importance for a long healthy life.

Due the West having a very goal centric focus the development of gradings and belts has become an established method to create enthusiasm and focus within Martial Arts generally, and more recently within Wing Chun Kung Fu.

The setting of targets enable students to aim for a series of staged coloured belts in order to finally attain the elusive Black Belt.  This is a very popular approach in the West seen from the Japanese and Korean Arts.  It was not something that was of any note in Chinese Martial Arts.

The Japanese Martial Arts in particular are run with very firm political control and discipline.

The Chinese Martial Arts are built on ‘family’ and historically have a less rigid approach.  However, as the art of Wing Chun Kung Fu has grown in popularity it has become necessary to implement methods to ensure consistency in standards.

The UKWCKFA has a clear syllabus high expectation of the teaching representatives.  This has become increasingly important when there are so many disparate groups evolving within Wing Chun Kung Fu, leading to to poor practice and quality.

The Wing Chun Grading Structure Rayleigh does not rely on the coloured belt grading structure.

We choose not to mix students of greatly differing abilities, and ONLY HAVE 2 COMPULSORY GRADINGS!    These two gradings are used solely to judge when you can move up to the next class level with the least disruption to those already ahead.

We feel that Wing Chun training needs to be structured in order that you make gradual progress in a manner that not only makes sense, but brings personal reward too.  We are dedcated to getting the best from students to allow them to reach their potential. 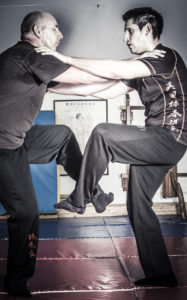 Wing Chun Training needs to be structured in order that you make gradual progress in a manner that not only makes sense, but brings personal reward too.

Here we will lay out the structure of OUR training classes in order that YOU can more easily understand the journey ahead in YOUR progression toward mastering the Art of Wing Chun Kung Fu.

In order to ensure that YOU as students get the most from our classes throughout your journey through the Wing Chun system we have developed a three-tier approach to our classes.  We do not mix classes and you will not be going backward and forward constantly as new student wish to join.  You will always be moving forward.

Any student of a higher level can train in classes below the level they have achieved.  They can then continue to review basics, whilst at the same time are able to help and inspire the less able students.  Less experienced students are simply not allowed to train in the more advanced classes. 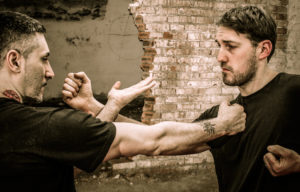 YOU will be welcomed into our dedicated Beginners Class and introduced to the simple but highly effective theories of the Wing Chun Kung Fu system.

We focus your training from the very first lesson, building a solid understanding of self-defence scenarios, ensuring that YOU have the skills and ability to feel confident in confrontational situations, learning how to overcome not only the physical, but also the psychological barriers involved in effective Self-Defence.

Blindfolded tactile responses are also introduced and honed, culminating in our Preliminary Grading.

The grading requires students to demonstrate a good understanding and ability in practical self-defence techniques as well as striking and footwork skills. We firmly believe that this can be reached within a 4-5 month period of dedicated training and practice, alongside expert tuition. 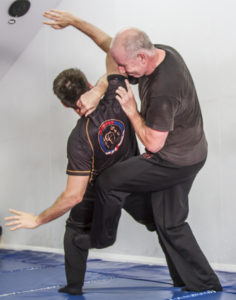 YOU will then move up to our Intermediate Class.

In this class YOUR training will really get to explore the dynamic Art of Wing Chun Kung Fu, and it’s many so called ‘SECRETS’ are revealed.

Following through the skill sets of Wing Chun Kung Fu’s fist form, the ‘Little Idea Form’ (Sui Lim Tao) YOU will progress in learning the techniques and training drills that have made Wing Chun famous and respected fighting/self defence Art.

In the intermediate class YOU will begin combining the shapes and postures of Wing Chun to devastating effect.  We will help you YOU increase your reactions to multiple attacks over extremely short distance with our ‘Rolling Arms’ (Lok Sau) drills.  We will now also introduce you to the unique training approach of CHI SAU (Sticking Hands).  This will take your control, coordination and sensitivity training to a far higher level.

YOU will also begin to spar safely with your fellow students at this level, learning to react and cope with the unpredictability of ‘real life’ situations.  Our Grading at the end of this level is the Siu Nim Tao test and it is required that you pass this grading in order to progress to the next class.

It is a huge achievement to move on from this class.  The UKWCKFA firmly believe that nothing comes from nothing.  We simply do not hand out meaningless certificates.

Instead students set themselves the goal of passing this demanding grading, and have to work hard to succeed.

However, we find that it’s a challenge that students accept and enjoy at this point in their training.  With diligence, perseverance and ‘Martial Arts Spirit’ we will coach YOU up too and beyond this milestone in your Wing Chun journey.

Most students take between 1 year and 18 months to move through this level. 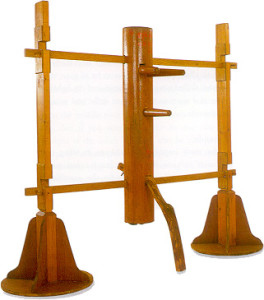 In the Advanced Class YOU are now training alongside the most talented students and instructors in the UK.   The training in our advanced classes is kept secret, with only the students dedicated and skilful enough to pass their Sui Nim Tao grading permitted to attend.

In the Advanced Class class the whole of the Wing Chun System unfolds in front of YOU.

All of our our Open-Handed Forms from Siu Nim Tao, Cham Kiu and Biu Tze are covered.  The Wooden Dummy and Weapons training will also be be revealed to those dedicated few.

Dedicated training at this level will make YOU a highly skilled close quarter fighter.

Alongside skilful, like minded people, YOU will develop the concepts of Wing Chun fighting taking your skills to new levels, continuing too grow into that most admired of positions… A true Martial Artist. 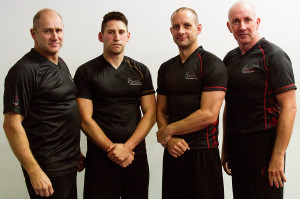 Students in the Advanced Class also have another exciting opportunity….

If YOU possess the drive, dedication and interest required to teach others YOU may be invited on to our Instructor Training Programme.  This is considered an honour amongst students who get to attend.

The monthly ‘Instructor Only’ seminars are conducted by Master James Sinclair personally.    Master Sinclair covers EVERYTHING!  All aspects of teaching from body language, voice and and highly technical Wing Chun system are discussed and sometimes torn apart to reveal the often hidden application.

This is a four-year course that begins with YOU assisting at your local class under your teacher’s guidance, to eventually being supported within the Association to go out and spread your love of Wing Chun in a branch run by YOU.

Instructors who not only excel in their personal training but also demonstrate their teaching ability by producing Advanced Level students of their own are awarded the coveted title of ‘Sifu’.   This title is recognised worldwide as achieving the highest honour in the UK’s leading Wing Chun Kung Fu Association.