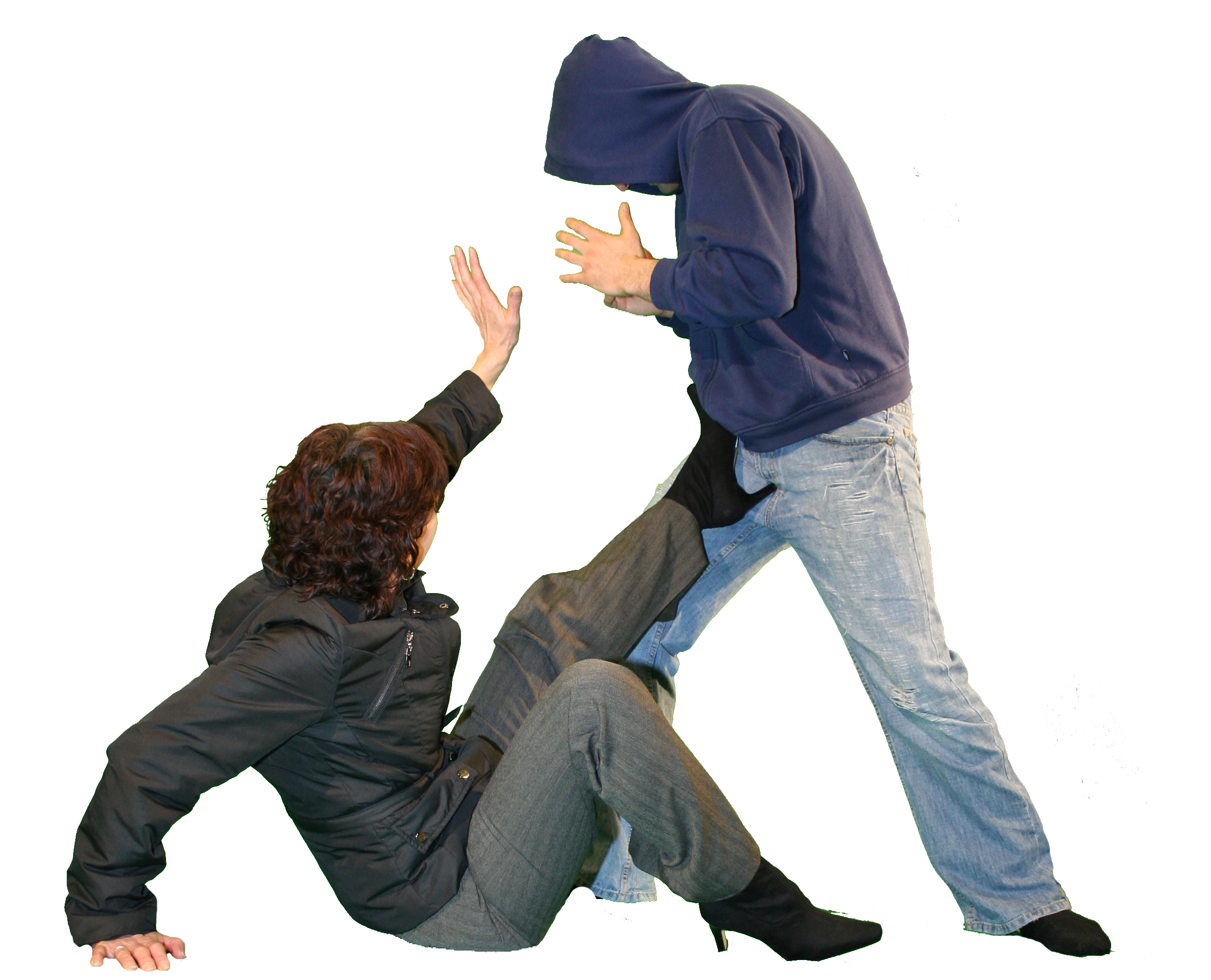 Wing Chun Women may now be in the minority but the history clearly states that the style was invented and further developed by women in its formulative years and, more specifically, for women. Whether or not this is true is now irrelevant as it is the efficiency of the style in modern times that matters. Is Wing Chun still a great art for women wanting to be able to defend themselves against bigger stronger opponents? Well of course it is. Well we would say so anyway…..!

Women training in Wing Chun Kung Fu is not as common as our counterparts in Judo, Karate, Taekwondo and Jui Jitsu for instance. Wing Chun still has a long way to go to break away form the generic impression the public have of kung fu. Most people do not realise there are many various styles of Karate and Kung Fu, all with a differing approach. Tai Chi and Yoga are popular ‘New Age’ methods of keeping fit and finding inner peace in a bustling world. But it is still a huge step for people to come to know Wing Chun for what it really is….. a marvelous approach to martial art, self defence, fitness and general well being, also one of the most incredible ‘Hips, Buns and Tums’ workouts around!!!

If you understand that bullying, in any form, is undertaken by persons who have either a physical or psychological advantage (they scare the living daylights out of you), then what we teach for most men, should be appropriate for women. No thug will endeavor to put his own health or freedom from jail in jeopardy, willingly. He will select a victim, or he will be aggressive physically and emotionally to a level where he does not perceive you as a real threat. If he does, you can be sure he will attack you from behind, have a weapon or not be alone!

The difficulties in self defence arise when, by its very nature, most potential victims do not want trouble and are, on the whole, willing to try and walk away and not strike out first. Therefore, the advantage of the aggressor is further amplified, and if you are very scared your mind is working at a million miles per hour hoping someone else will help you out if you feel helpless and unable to cope.

In our video Pure & Simple we discuss these ideas in greater detail and give the viewer some powerful tools to better understand the circumstances surrounding aggression. You may also wish to read another article on this site written by trained psychologist, Sifu Mark Phillips, entitled ‘Dealing With Violent Behaviour’.

We, at the UKWCKFA, do not teach ‘quick fix’ self defence in terms of daft tricks requiring a compliant opponent. We teach a methodical approach that is analysed and tested in many different situations.

At the UKWCKFA we do not have many female practitioners, but those we do have go on to be very adept practitioners. The theories and skill training methods developed by our Association lend themselves very well to producing talented Wing Chun Women. It gives us great pride to see the ladies on an equal par to the men in the training. If we were to look at the percentages alone, we would have to say that women reach a far higher standard than the men. Women make particularly good progress in the early training as they tend to be less competitive in the way they use their strength. They are more able to ‘feel’ the intention in ‘sticky hands’ sessions and are still able to generate tremendous force behind their strikes. In fact the most difficult aspect of the women’s training is the initial attitude of their male training partners. The men tend to be quite ‘gallant’ in their attitude and do not make attempts to test the women’s skills for fear of hurting them. But after the ladies give them a good few slaps it slowly starts to change.

Wing Chun Women training in the basic hand skills of the Art.

If the Wing Chun relies on the Centre Line as a quintessential point, and it is to be protected and attacked at all costs, then the women are as dangerous as the men in applying a finger strike! Not many people can afford to ignore a strike to the eyes.

Wing Chun Taan Sau to the Outside Gate

The UK Wing Chun Assoc. has also developed a syllabus around applying the ‘Lift Kick’. The lift kick is used, in its simplest form, to go directly upward into the groin. Ask a women what to do in a self defence scenario and the answer you invariably get back is “kick him where it hurts”. The answer is simple and direct like Wing Chun, but the technique in this form is not always possible as the opponent can have their hips slightly rotated, making it hard to contact the target. Our syllabus covers all these variables and is introduced from the most basic level up. The use of the lift kick and knees make for more respect from opponents when entering into the ladies ‘personal space’, the range where potential danger becomes imminent danger. However, it must be remembered that kicking is always more risky in close range with an opponent bearing onto you, and standing on one leg in such a situation is not always recommended. Despite have a million and one techniques available in martial arts, nothing can substitute experience and timing.

The use of elbow techniques is of great use to women as it is hard to make the elbow soft, one has to hit softer to cause less damage. After getting over the habit of over rotating the palm when using the elbow, the women consistently strike hard and accurately with this weapon as most men will attempt to grab and hold or wrestle a woman down and not throw a clean punch. We have to teach men to use their body more efficiently to generate power in a strike and women are no different. We have found that women certainly do not lack strength but they do tend to use their strength differently.

If a man were to ‘arm wrestle’ a lady he would find that she can be very strong at holding her ground, but not as likely to be able to exert more power to beat him. The ‘frame can be very strong indeed, and as Wing Chun relies on a powerful framework, women do tend to do equally well. Therefore, when a woman is in chi sau range she can prevent being easily overpowered and can feel the moment to change direction and release the power (fa ging). It does not require great strength to nullify an opponents power when in contact, and with consistent skill training drills she can also deal with breaks too.

If you presently train in martial arts you will understand that Wing Chun is not the best system of martial arts, it is but one. You will be beaten by the better technician despite his style (or lack of it), and should be humble enough to realise that to err is human.

Never become arrogant and overconfident as you are not playing for points in self defence, it could well be your life. We do not like to use hyperbole, but a women is much more likely to be fighting for her life or dignity and a man for his health or ego. Most fights at weekends in bars and clubs the world over are related to alcohol and hormones, which combined with insecurity and ego makes a potent combination. Training for those situations may mean that you need to learn to take some measure of control of your life and not drink to excess, where you are no longer capable of looking after yourself and those that you care for.

One new student of our association was attacked without provocation by someone wielding brass knuckle dusters. He had his skull and jaw badly fractured. He was very drunk himself and could do nothing about what happened. His statement after the event was quite simple. “That is the last time I shall put my health in someone else’s hands….”. He believed he may still have been hurt, but may also have had a slight chance had he not been drunk, but in the condition he was in, he was picked out by a depraved individual and he was in no condition to run away

If you are a lady reading this please take stock. Physical aggression is, at at its least, painful,l and can go from, an emotional scar that will last a lifetime, to ending that lifetime there and then. It is not with a flippant attitude that we accept to teach you new skills and try to strengthen your character for such moments. It would be a dreadful wrong to charge you with false confidence of your abilities and subdue your need to scream, bite, gouge and scratch. We need to build upon those instinctive reactions and hone them into applicable skills.

If you have been brought up well, and been told to respect others and lead a generally good life it is very hard for you to understand why someone should be violent to you. Victimisation and prejudice are the territories of the psychologists, you need to understand only yourself and learn to deal with that. You need to accept that some people are so out of tune with themselves that they do not understand why they behave as they do. Whatever their excuse it is not helping you!

Wing Chun women use extensive strikes to the neck, throat and other vital areas.

How do you accept that a person attacks another because of their gender, colour of skin, sexuality, religion etc? When a person raises their voice we have learnt that they go deaf too. Some people forget and respond by shouting back, who is listening? It quickly escalates. Simply maintain steady eye contact and be prepared to move, don’t be distracted by the words, keep stating that you don’t want trouble, but do NOT apologise more than once and mean it. Many good people will apologise regardless of fault and this is a good trait. The problem escalates when you try to make them hear your apology and then try too hard to justify yourself.

For example: If you are walking innocently down a street and another person bumps into you, it is only polite to apologise out of courtesy, irrespective of who was at fault. A decent person will hear your apology give a quick acknowledgement (even apologise back) and move on. If someone stops, turns around and acts in a manner that could be read as aggressive, apologise again but do not mean, do not try to justify yourself, say it clearly and ‘act’ as if you mean it. You are no longer thinking like a victim. If something is going to happen you will be be better prepared emotionally. If nothing comes of it you can walk on knowing nothing you did was meant to exacerbate the situation.

The advice above is the same for men and women. Always try to talk your way out, by giving the signs you feel they want. But maintain eye contact, victims don’t see it coming!

The advice throughout this site is aimed at those situations where there could be seen to be a chance. There is no defence for a brick or baseball bat over the back of your head, no chance is just that, no chance. Awareness of your environment, common sense and strong confident body language will be good steps toward prevention of an incident. A simple confident walk carrying a sturdy umbrella may make the mugger/rapist etc. look for a softer target.